StageBuddy: Theatre for a Good Cause (2017)
(BASTARD JONES) 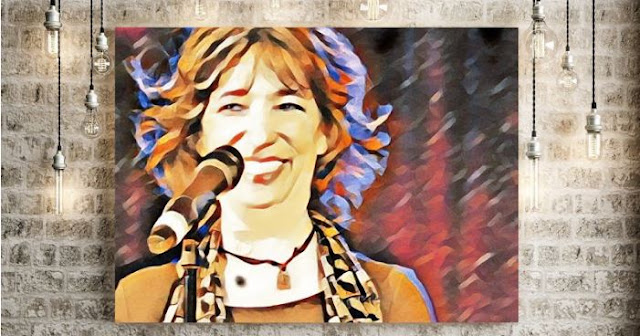 STUFF PEOPLE HAVE SAID
ABOUT ME & MY MUSIC:


“Christmas Without Tears” was also deeply funny, never more so than during Amy Engelhardt’s “How Did This Thing Get in Me?”  – Blu Notes

"Amy Engelhardt sings one of the funniest Christmas songs of all time (“How Did This Thing Get In Me?“). - KQED, San Francisco

“Amy Engelhardt sings her cheeky “How Did This Thing Get in Me” from the perspective of the Virgin Mary, with Shearer voicing a befuddled Joseph, a Jerry Lee Lewis-styled perennial in the making, although it may not appear in the program of your local church’s Christmas pageant just yet.” – Chicago Sun Times

“Combining bemusement with whimsy, she conveys the quirkiness of everyday life, in songs that are like musical analogues of observational standup comedy. "Yreka Bakery" (introduced by "a story far longer than the song itself," Engelhardt joked), was brilliant. It's the performer's forte: musing over a trivial topic no one would think worthy of a song… echoes of Joni Mitchell…The originality and intelligence of Engelhardt's lyrics evoke John Forster, the four-time Grammy nominee, well known to listeners of National Public Radio for his collaborations with Tom Chapin….Engelhardt is so fundamentally likable and her lyrics so clever and poignant…
a riotously funny hour of song.” – BroadwayWorld

"The lone female member of the legendary Bobs, red-headed ball of energy Amy Engelhardt brings us a powerful one-woman show in 'Not Gonna Be Pretty.' Every one of these 13 songs is a funny-sexy-insightful-hip-refreshing-autobiographical-poetic-rocking winner..." - Primarily A Cappella

“After hearing a chunk of Engelhardt’s songbook, it’s understandable why she gets kudos for her songwriting. She brings a comedienne’s sensibility to her lyrics (as well as to her singing and performing), which can be poignant, provocative and playful all in the same song… her elastic, three-octave, mezzo soprano can almost get lost in the shuffle.” - Cabaret Scenes Magazine, NYC

“Her lyrics are witty, trenchant and persuasive, and she’s set them to melodies that lull you into enjoying them as catchy tunes—until they veer into contrasting territories. In other words, she’s got the craft down cold, if not better than most because she has a rare and intelligent edge in wordsmithery… an impressive balladeer, with a rich voice and the ability to paint an evocative portrait with a poetically few words…The debut of a witty, bright, affecting singer-songwriter.”
-Metroland Magazine


“...fluid and genius writing... Bastard Jones is really a lingering mental and physical treat... a score that is heart-pumping, contemplative and altogether wonderful and a plot that is given a dose of modernity to make it comical, Bastard Jones will become one of your favorite shows you hope to see on Broadway one day... impossibly high tenor notes fly recklessly about in the face of adversity… I can only imagine that once I read the novel, I will without doubt be humming a song from this musical in between the pages (seriously can't stop)." - BroadwayWorld

"…A ribald, raucous and bawdy pop rock musical... The bouncy rock score by Englehardt to witty lyrics by Acito and Engelhardt has discernable influences in Gilbert & Sullivan, Cole Porter and 60’s British pop songs. The clever songs have pertinent and revealing titles like “Pursuit of Happiness,” “Born to Be Hanged,” “I Must Away,” “Have Another Oyster, Dear,” and “The Jig Is Up.”
Sophisticated and off-color, naughty but nice, it proves to be a sharp and irreverent entertainment."
- TheaterScene

“Engelhardt’s music is tastefully varied, making bold choices even in comedic numbers. The lyrics seem to inject adrenaline into the satire of yesteryear, adding a little modern obscenity to keep things fresh...” – The Reviews Hub

"If I could fill this review with synonyms for “brilliant” it still wouldn’t be enough, or do justice to just how good Bastard Jones is... a rock musical extravaganza... catchy and powerful songs." - StageBuddy

'Bastard Jones has an energy that is wild... an extremely clever book, lyrics and music"
- TheatreLife

"Bastard Jones is a remarkable new musical – rockingly tuneful, sexy, silly... the score had me smiling and bobbing my head in time with the music... and infectious score." - QLife


“Amy Bob's great songwriting contributions carried on the tradition of the original Bobs lineup, where the humor was more subtle and laced with a bit of performance-art edge.  Sandwich Man and Fluffy’s Master Plan for World Domination are more heartfelt than the titles suggest, and full of imaginative details.” - Daily Hampshire Gazette

“It’s hard to be funny without being corny, and hard to be intelligent without being overly clever and trite. The songs are well-arranged, joyful, and in most cases, hysterical. "Tight Pants Tango" relates that woeful experience when your phone rings but your pants are too tight to retrieve it in time to answer. Truly a problem for the ages, and it’s about time someone wrote a song about it. "Sandwich Man" is another great tune about one of those details of life we often overlook: the guy standing on the corner dressed as a sandwich ("dressed in turkey, ham, and cheese," to be exact), drumming up business for the local deli.
Does the sunlight hurt your vegetation?/Do you get to eat for free?
Would you die without refrigeration?/Could you love a girl like me?
We all wear costumes over what we feel/Who's to say what is or isn't real
Is he a man or is he just a meal?”
- www.indiemusic.com

“What a party! The sweet spot between silly and sophisticated… glorious. Tight Pants Tango lyrics rhyme the "Argentines" with "Gregory Hines", "Balanchines" and "Ben Vereen.” Genius. For those who seek comedy, Howard Peterson, a journey through an increasingly outlandish set of answering machine messages, had me in stitches even on the fourth listen.  And I'm rather fond of the Lynda Barry-esque Tom Spath... -Recorded A Cappella Board

“...intelligent, silly, edgy and innovative...  Rhapsody in Bob is delightfully impressionistic." -Recorded A Cappella Board

“Her finely honed sense of silliness developed long before she joined The Bobs... Engelhardt has mastered The Bobs’ demanding material while adding her penchant for absurdity to the group’s already zany shows.” - San Jose Mercury News

“Amy Bob Engelhardt, who completes the quartet, adds her own level of dry wit, and her singing is superb, whether plaintively soloing (“Beluga”), sounding arch (“Art for Art’s Sake”) or taking a ferocious guitar solo (a hilarious cover of “White Room.”  – Metroland Magazine

“Amy Bob Engelhardt the sole girl-Bob, laced the group's patter with zingers, often two jumps ahead of an audience whose late laughter gradually burbled across the hall as jokes soaked in.”." – Mountain Express, Asheville NC

"New member Amy Bob Engelhardt penned the album's finest track, "Bring to Boil." Set to an unpredictable whole-tone melody, "Bring to Boil" is a pun-filled tale of the joys of cooking ramen noodles. It contains some of the most hilarious lines ever written: "Holy Ramen Empire / Boiled in a day / Holy Ramen Empire / I eat too, Brute." Engelhardt's excitement builds as a spoken-word section gushes about the requisite thermal environment for adiabatic cold fusion of strong nuclear atoms using ramen noodles as fuel, and the listener is astonished by the Bobs' nerdiness as much as by their cleverness." – Columbia Spectator