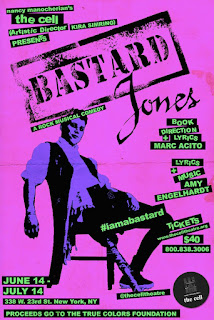 Amy made her Off-Broadway debut in 2017 as composer/lyricist/vocal arranger of BASTARD JONES (with lyricist/librettist Marc Acito). The pop/rock musical adaptation of Henry Fielding's TOM JONES, was a Finalist for the Richard Rodgers Award for New Musicals, the Eugene O'Neill NMTC and the IMEA Best Score of a Musical. It was developed at Millikin University with a NAMT Writers' Residency Grant. Selections from the score have been featured in the Festival of New American Musicals' MusiCal (Rockwell Hollywood) and the Phoenix Theatre's Caleb Reese Festival of New Plays & Musicals. Its limited run at the cell theatre quickly sold out; the Off Broadway Alliance honored the production with a nominee for Best New Musical. Leads Evan Ruggiero and Elena Wang were both nominated for the Clive Barnes Award (Evan won), and Evan garnered Drama Desk and Chita Rivera Award Nominations as well. A film version is being planned. 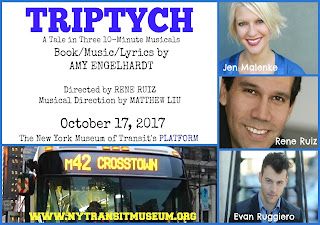 Amy was commissioned to write TRIPTYCH, a trio of 10-minute musicals set on the M42 Crosstown Bus, for the New York Museum of Transit's PLATFORM Series. It was presented at the museum and in the Festival of New American Musicals' MusiCal (Hollywood).


Amy also wrote lyrics/vocal arrangements for TESLA (book by Acito, music by James Beaton). A developmental reading was produced in NYC by the New Musical Foundation, also funded by a NAMT grant.

Amy is the creator, director and Artistic Producer of TUNE IN TIME, New York City's Musical Theater Game Show, which premiered at Stage72 before moving to the York Theater Company in fall 2014. 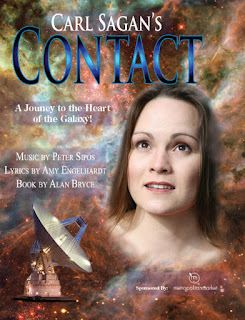 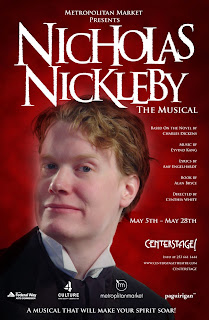 Alongside Tony winners Sheldon Harnick and David Zippel, she wrote lyrics for IN THE NAME OF LOVE, a "review-sical" showcasing the music of composer/orchestrator Don Oliver, which had a developmental reading at the York Theatre. 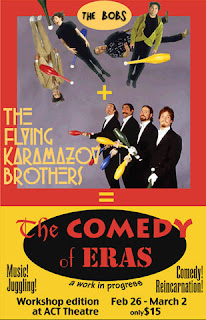 During her 14 years as "Amy Bob," a vocalist and primary writer/arranger in The Bobs, she spearheaded and wrote music and lyrics for the Bobs/Flying Karamazov Brothers theatrical collaboration, A COMEDY OF ERAS at ACT Seattle.

Amy has been honored by the Manhattan Association of Cabarets (MAC) with the Dottie Burman Award for Songwriting and several MAC Award nominations for songwriting. Writing residencies include the Nautilus Composer/Librettist Studio, National Winter Playwrights Retreat and Bethany Arts Community (2021). Amy was one of 10 Semi-Finalists for the inaugural Billie Burke Ziegfeld Award for musical theatre composer/lyricists.


From 1998-2011, she performed everywhere from Lincoln Center to Los Angeles to Lichtenstein in concerts and vocal, folk and jazz festivals with Grammy-nominated vocal "band without instruments," The Bobs. Her writing, arranging and vocal work is featured on 4 of their CDs and DVDs including RHAPSODY IN BOB, Amy's brainchild with Bob Malone of the John Fogerty Band. The centerpiece of the show with the same title was Gershwin's concerto arranged for honkytonk piano and vocal orchestra (The Bobs). It premiered at Wolf Trap and toured for several years through Columbia Artists Management. 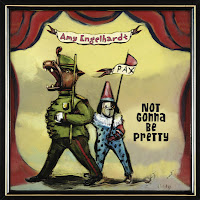 Amy’s solo CD, NOT GONNA BE PRETTY, hailed as the "unlikely marriage of Nellie McKay and Meat Loaf," was nominated for two Just Plain Folks Music Awards--"The Grassroots Grammys" according to the LA Times: Best Female Singer-Songwriter and Best Modern Rock Song (“Like Me”). Her take on the Virgin Mary's unique December predicament (also a Doctor Demento favorite), featured on Harry Shearer and Judith Owen's EP, CHRISTMAS WITHOUT TEARS, was recently called "one of the funniest Christmas songs of all time" (KQED, San Francisco). 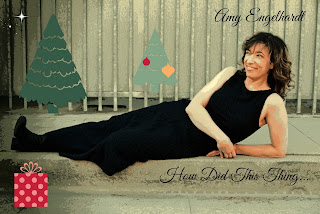 A graduate of Syracuse University and Berklee College of Music, Amy is also an honorary member of the Vienna Boys Choir.
Dramatists Guild/ASCAP/MAESTRA NYC-LA