House concerts are an absolute blast (and all the cool kids are doin' them).

People who are passionate about music (like you) invite like-minded friends for an evening or afternoon concert in their home. Light appetizers are served, or desserts or it's potluck. Then there is a 60-75 minute(ish), informal concert.

THE WIN-WIN-WINness:
The hosts get to enjoy live music in their own home and up their cool quotient with their friends (not that you need that). The audience experiences a private professional concert at their friends' place, plus a nosh and a hang. No clubs, no loudness, no standing, no parking issues, no food or drink minimums. Very chill and informal. The artist makes new fans, meets cool people, does a fun gig. It's a win-win-win.

THE PHYSICAL STUFF (what you need):
- a large enough space/seating
- a piano that is in tune and not facing a wall (unless it is movable), OR an electronic keyboard with 88 weighted keys AND THE PEDAL (I can't travel with a keyboard)
- a small PA (negotiable depending on the room)


THE INVITATION: I'll provide examples of invitation emails other hosts have sent and links to share with people. We can also do a FB event if you'd like.

PRICE: The "suggested donation" is $20. (The hosts do not pay.) You just put a hat out with a sign and it's on the honor system. I've never turned anyone away. I leave a pile of CDs out; people just put another $10 into the hat if they wish to buy one.

ATTENDANCE: About 10% of a typical house concert audience is generated by my mailing list; it is the host that... hosts. My minimum attendance requirement varies based on factors like travel and other local engagements.

Here are some pix from the wonderful 30+ house concerts I've done over the past few years. 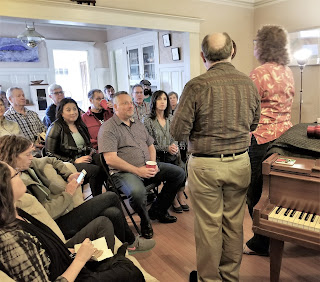 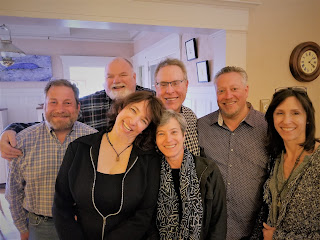 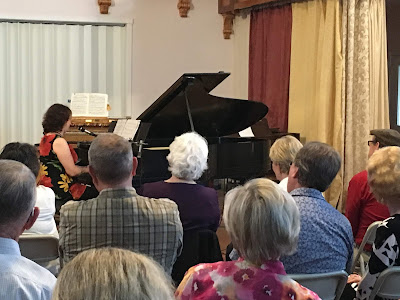 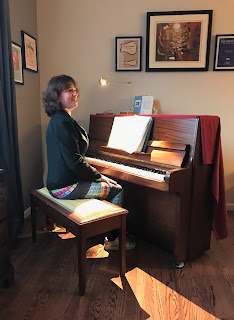 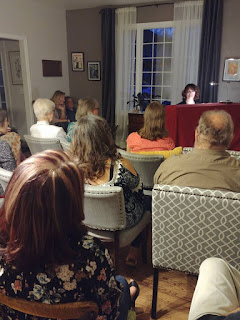 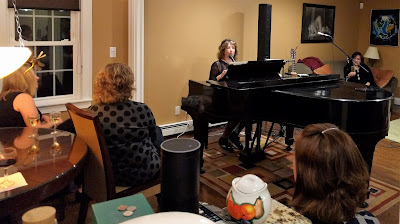 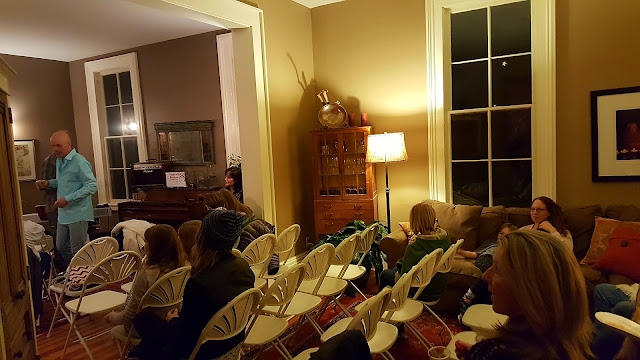 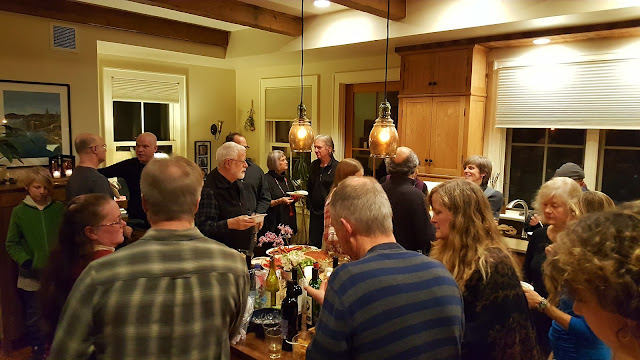 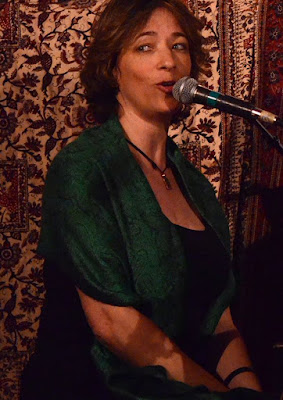 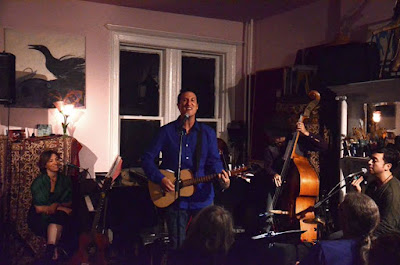 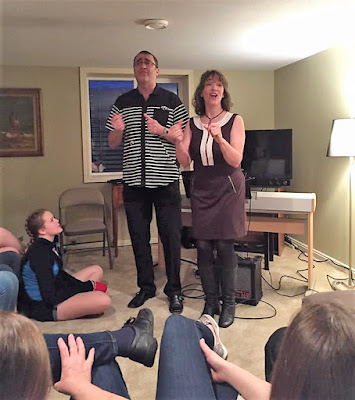 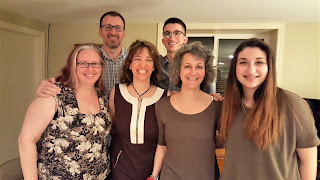 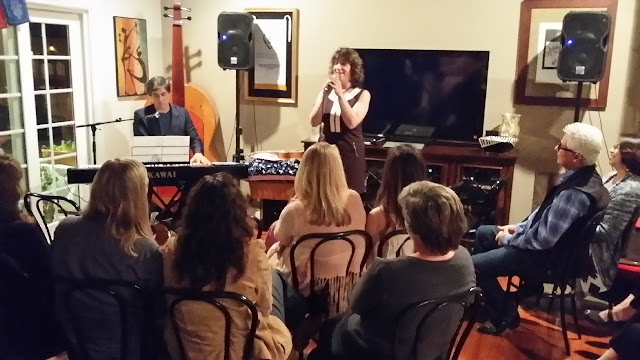 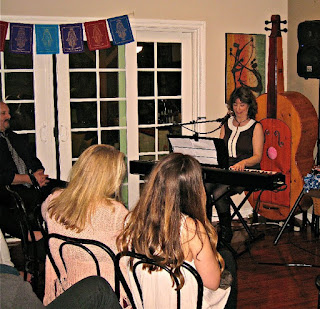 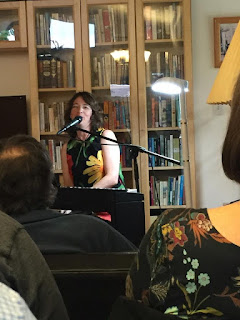 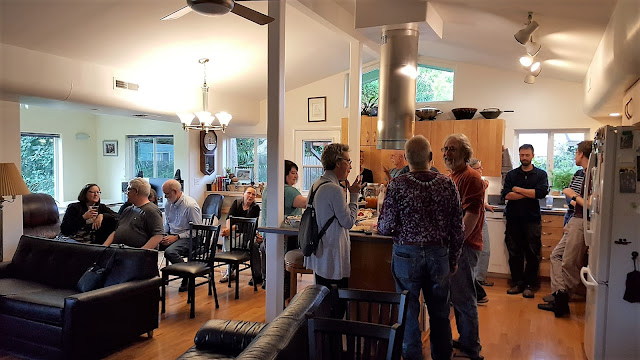 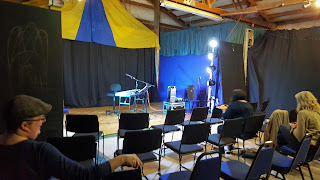 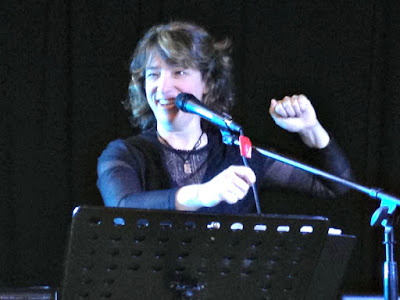 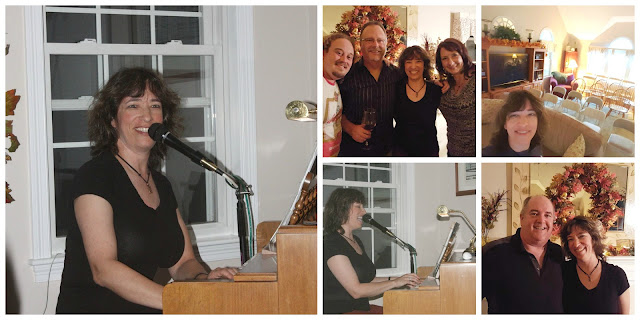 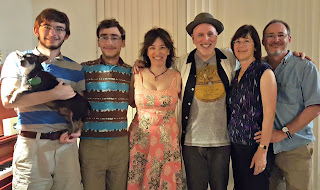 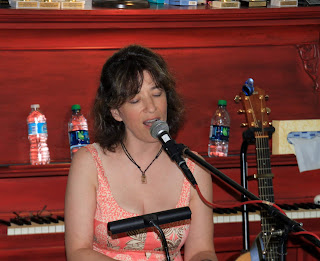 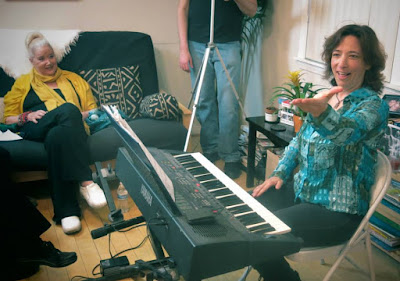 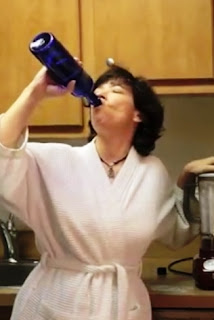 How the hell did this shot get in here